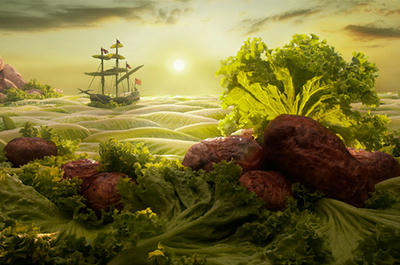 I’ve had this idea ever since opening my jar of Cinnamon Raisin Swirl (thanks, Peanut Butter & Co.!). As I mentioned before, that wonderful jar of peanut butter reall does taste like oatmeal raisin cookies. So I just knew it could cookie-fy my pancakes, and – at the risk of sounding conceitied – I was totally right.

At the risk of offending my other pancakes, these bad boys are my new favorites – so much that I’m already working on some variations. So far I’ve got a make-ahead version done, but are there any other variations you’d like to see? Single-serving, gluten-free, vegan? Or a single-serving recipe that’s also gluten-free and vegan?

I’m open to all suggestions – because good gravy, everybody needs these pancakes in their life.
PR